Lead Pastor Back to Leadership 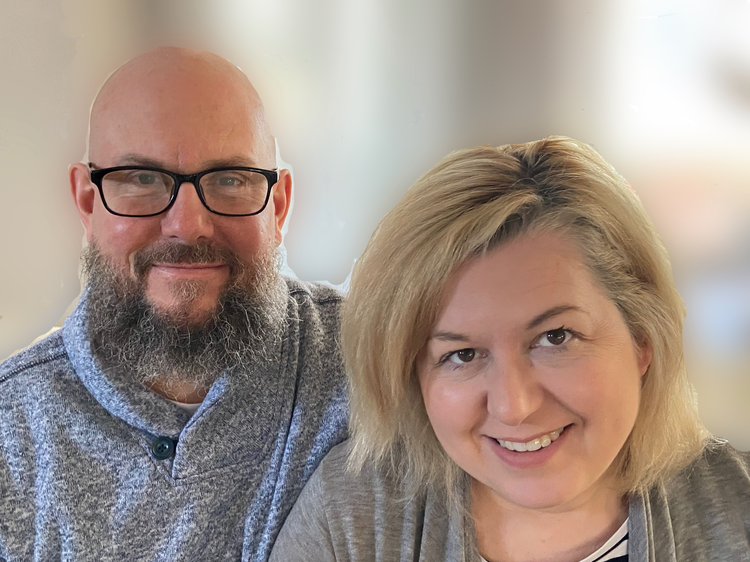 I gave my life to Jesus Christ in 1997 and was baptized at Squirrel Hill Baptist Church in Pittsburgh, Pa.   Although I was born and raised in Akron, Oh it was in the Steel City where my life changed forever.  Just two years later I met my wife to be Karin Sems-Csora (kaa·riin) on a semi-blind date where we dated for 6 months while she was living in Cleveland and six months later we were married.  Although I was working as an engineer and she as an RN are lives took a turn when we sensed the call to ministry.

In 2001, we packed up and moved to Chicago where we both attended The Moody Graduate School.  I received a Master of Divinity and Karin a certificate in Spiritual Formation.  All four of the children were born in Chicago where we spent doing family and ministry for over 14 years before moving back to Cleveland.

During our time in Chicago, I worked at Moody Bible Institute while completing my degree and Karin worked as RN at several of Chicago’s major hospitals

After graduation, we remained in Chicago helping launch a C&MA church plant in Chicago’s most ethnically diverse neighborhood of Rogers Park from 2005-2010 where we also lived.   The ministry was designed to reach the felt needs of the community while introducing the Gospel message.  Karin and I served together in various roles, Karin often focusing on young moms and children and me with at-risk youth who were caught up in gang life.

From 2010 – 2014 we felt a call to join an international ministry based in Chicago called Safe Families for Children a ministry of the church that comes alongside families in crisis by finding homes for children to stay temporarily while the parents get back on their feet.  Tom served as the Church Coordinator for the Chicagoland area helping churches recruit families to host children.

In 2014 we left Chicago and returned home to Cleveland where we launched a chapter of Safe Families in 2016 with Tom serving as the Executive Director.  While attending Westside Alliance Church Karin and served in various roles to help nurture families.  In 2018 Grace Church Old Brooklyn extended an invitation to Tom to become their next Lead Pastor and in the summer of 2018, he accepted the role.  Our family now lives in the community of Old Brooklyn and enjoys seeing God transform our lives as well as those we serve.